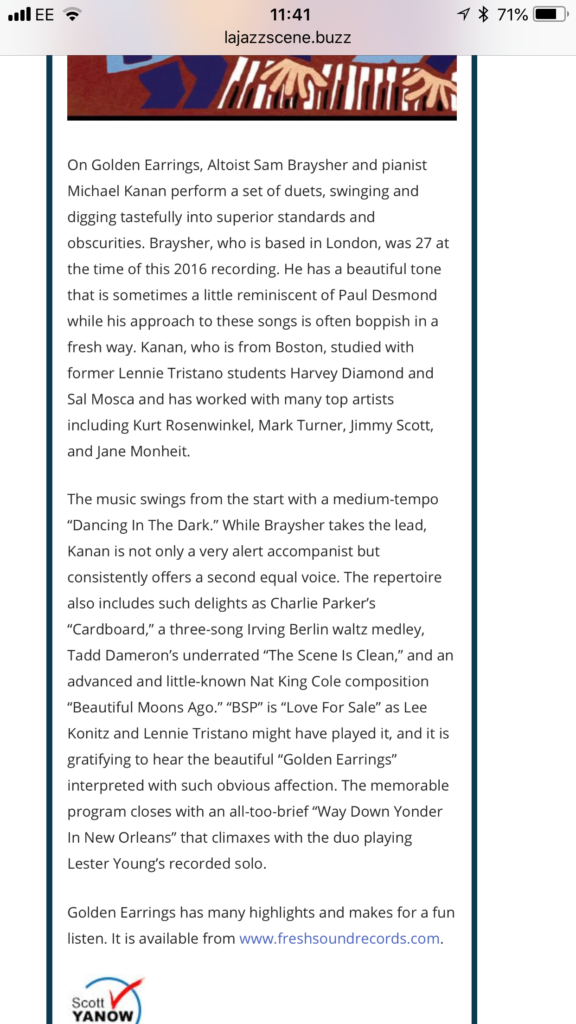 Looking forward to some gigs coming up in this year’s EFG London Jazz Festival:

Friday 16th and Saturday 17th November: launching Introducing REBOP at Toulouse Lautrec, Kennington. REBOP is an international quintet featuring the great Jorge Rossy on vibraphone. We recorded our first CD near Barcelona earlier this year. It is released this month on the Swiss label Unit Records.

Monday 19th November: duo with Will Arnold-Fortster (guitar), also at Toulouse Lautrec. We’ll be playing some selections from the American Songbook before a set from some great European jazz musicians plus our own Steve Fishwick and Matt Home: they’ll be presenting a set of music by the underrated composer/pianist Elmo Hope. This gig is part of Bopfest, a mini festival within the London Jazz Fest, which celebrates London’s straight-ahead/Bebop scene, as well as a few international names. They’re at Toulouse Lautrec every night from 19th to 25th Nov.

25th November: playing with the London Jazz Orchestra at the Vortex, celebrating the music of the great Canadian composer John Warren, who recently turned 80. I play in John’s nine-piece band and we’ll be doing some more gigs next year to mark the milestone, and hopefully record an album too.